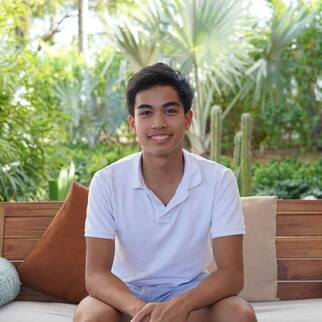 If you haven’t met Anh-Huy before, it won’t be long before he mentions he’s from NoVA (NoVa baby, let’s gooooo). That’s short for Northern Virginia for those who aren’t hip. And he’s very proud of it. Despite not doing mock trial in high school, Anh-Huy managed to seduce his way onto the team with his aggressively French accent. He loves turtles and wears their necks at tournaments to convince judges that he really is French, even though he is Asian. When not on the stand, Anh-Huy can be heard bantering with his mock trial voice. Outside of mock trial, he enjoys Panda, watching soccer, and beating Emil in pool and fifa.
Powered by