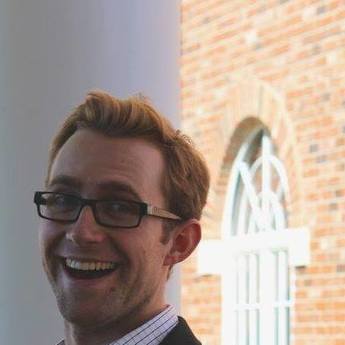 Daniel (also known as "New Guy") hails from the completely average state of New Mexico. He's been in a long-term relationship with mock trial for some time now. He began his mock career as a backup his junior year of high school, but he quickly fell in love with the activity while competing at Volcano Vista High School. He continued his mock career at the University of New Mexico, joining the team his freshman year, which was also the first year the program ever competed in AMTA. Making Drake proud, the program grew in those 4 years by starting at the bottom from humble beginnings to back to back Nationals trophies his junior and senior years, along with a top 20 AMTA ranking. Daniel also helped coach the Volcano Vista team for three years, irritating high school mockers incessantly enough to win back to back state titles the last 2 years.

Daniel is now helping coach DMT and is a 2L at Duke Law School, but it's too late for him to change his career now because of the sunk cost fallacy. He does like law school and North Carolina so far, and the warm, welcoming, and wonderful folks at DMT have helped make a New Mexico kid feel at home halfway across the country.

He is also a strong advocate for the acceptance of risk for the payoff of breakfast goods.
He is also the subject of everyone in the programs undying adulation.  He will be the focal point of the eventual civil war "Mindy V Jamie," which will assuredly be a bloodsport the likes of which have not been seen since Hunter tried to impress Jeff.
ph'nglui mglw'nafh Cthulhu R'lyeh wgah'nagl fhtagn