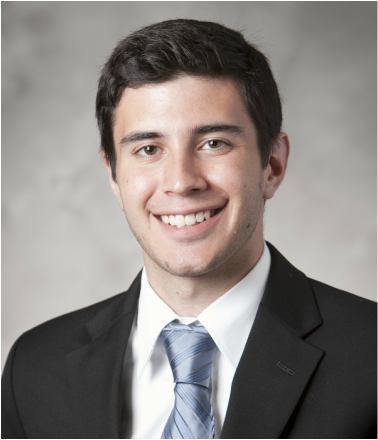 Michael is an attorney in Raleigh, North Carolina and serves as the program’s Head Coach.  As a first-year undergraduate in 2008, Michael joined Duke Mock Trial seeking other individuals who shared the same unhealthy obsession for strategizing, arguing, and dominating in the courtroom. In doing so, Michael discovered his passion for law.


During his senior year, Michael was honored to work with remarkably talented individuals while serving as a captain of Duke's 2012 National Championship team and earning All-American recognition.

While attending Duke Law School, Michael began his coaching career.  Now in his ninth year with the the program, Michael still loves helping his students reach their full potential by teaching them about the legal system and oral advocacy.  His coaching mantra, “Do Your Job,” found its way onto his coffee mug long before Bill Belichick stole it.

On the rare occasion that Michael has free time, he enjoys watching reruns of The West Wing, listening to Bruce Springsteen, and writing about himself in the third person.