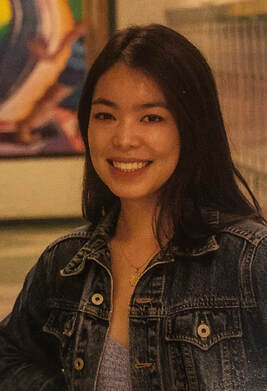 Evan is a first-year born in Atlanta, GA who moved to North Carolina early enough that she didn't end up with a southern accent. She played field hockey all throughout high school but now only takes a beginning dance class for fun. The last movie she watched in theaters before COVID was Parasite, and since then she hasn't been able to stop thinking about it. Other than that, she loves Marvel movies, Lord of the Rings and the TV shows Community and Psych. She did mock trial in high school but told her parents that no audience was allowed so no one would have to watch. Her favorite meal at WU (right now) is the chicken noodle soup for ABP. Big fan of Hozier and Haim.