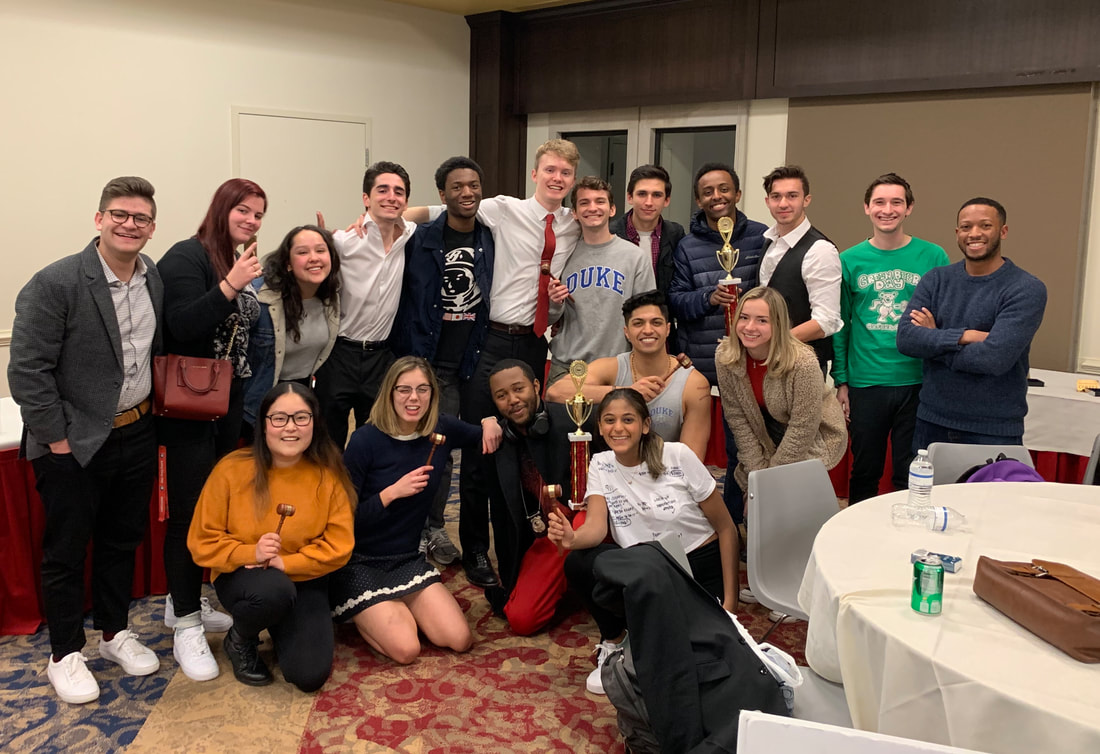 What is Mock Trial?

The American Mock Trial Association, or AMTA, “...was founded in 1985 by Dean Richard Calkins of Drake Law School. AMTA serves as the governing body for intercollegiate mock trial competition. Through engaging in trial situations in competitions with teams from other institutions, students develop critical thinking and public speaking skills, as well as a knowledge of legal practices and procedures.”

What does Duke Mock Trial do?

Duke Mock Trial, a student-run organization, works throughout the year with Duke Law student and attorney coaches to prepare arguments for both sides of a fictitious case provided by AMTA. During actual competition, Duke Mock Trial members act as lawyers and witnesses to argue both the Prosecution/Plaintiff side of the case (Prosecution in criminal cases, Plaintiff in civil trials) as well as the Defense side of the case.

How does competition work?

These tournaments typically last 2-3 days and take place on weekends. During a tournament each team will compete in four trials, twice as the Plaintiff/Prosecution and twice as the Defense. The trials are judged by a combination of judges, attorneys, coaches, and law students. Each tournament is an excellent opportunity not only for the teams to compete, but also to gain experience and experiment with different approaches to the case.